Alting finalizes the rehabilitation work on its Building D371 of Barcelona

Alting finalizes the rehabilitation work on building D371, converting it into a sustainable, energetically efficient and environmentally responsible building, being the first building of the Group to obtain the prestigious LEED Gold certification.

The project, carried out in-house along with the construction company Micgrup Engineering, has signified an investment of 1.8 million euros.

D371, built in 1992 by the British NatWest bank, is owned by Alting since 2004 and is one of the principal assets making up the asset portfolio of the Alting Group.

Located right in the business axis of Barcelona, at 371 Diagonal Avenue and a few meters from Passeig de Gràcia Street, it has unbeatable communications with public transportation and connections with the airport and exits from the city by being situated on one of the principal arteries.

D371 stands out for its semi-detached glazed façade that provides great luminosity to its six upper floors. It has a total surface area of 3,082 m² distributed in fully diaphanous spaces with capacity for 234 work stations plus meeting rooms, areas for alternative use and recreational terrace with spectacular view of Barcelona. In addition, it has three underground floors for parking and storage rooms. 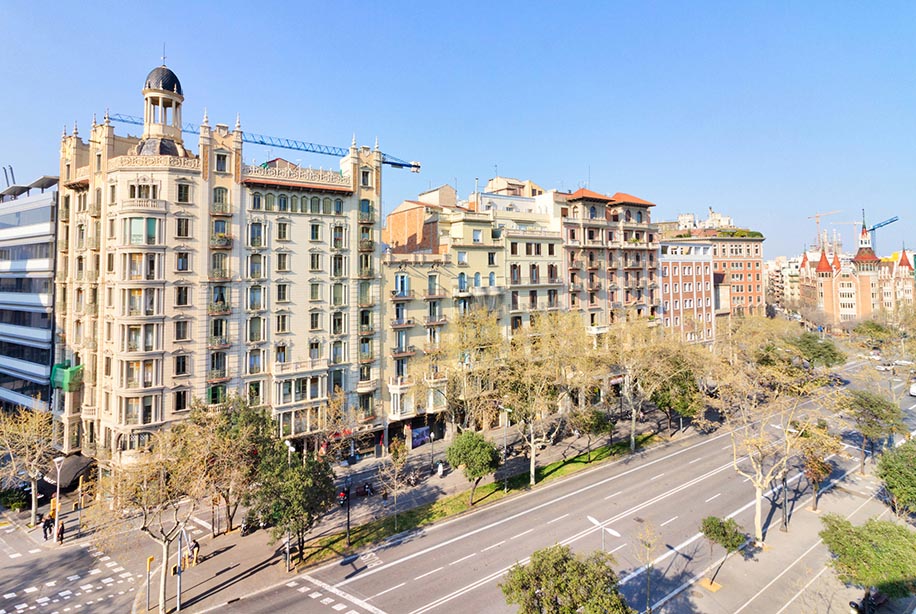 Sergi Pañart, Alting’s technical architect and project manager of the project, explains how this complete renovation has been done and how the exhaustive control by the technical team has allowed it to achieve the initial objective of converting it into a sustainable building for Barcelona, obtaining the LEED Gold certification:

“All the installations of the building have been meticulously studied so that the energy consumption is the least possible, converting it into a highly efficient building. Likewise, the property has been equipped with an access for the disabled that the building did not have originally.

“The complete envelope of aluminum and glass of the façade has been substituted by a new high-performance aluminum, with double laminated glass with very high solar characteristics. In this way, the offices have managed to be equipped with great thermal and acoustic comfort.

“As for the interior of the offices, it has been done according to a studied interior design project with high quality finishes. And the space for the installations on the roof has been optimized in order to have maximum use of a recreational area, creating a landscaped peripheral area of native plants.”

For his part, Jordi Miró, CEO of Micgrup Engineering, the construction company responsible for the rehabilitation of the building, analyzes the magnitude of the project and how a building nearly 30 years old has been transformed into a modern, functional building equipped with the latest technologies.

“In a project that we have carried out in six intensive months of construction work, we have managed to regularly bring together more than 60 professionals at the same time. More than a hundred workers such as specialists in climate, installations, painters, elevator operators, carpenters, plumbers, bricklayers, marble installers, engineers and architects have participated.

“Logistical benchmarks were passed, such as having cut off Rosselló Street on two occasions in order to set up a crane of more than 80 tons, necessary for installing the climate control machines and the ATU (Air Treatment Unit) on the roof of the building.

“In addition, more than 450 tons of waste have been managed and classified, complying with the current environmental regulations and with the standards of the LEED Gold certification.” 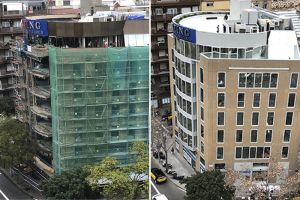