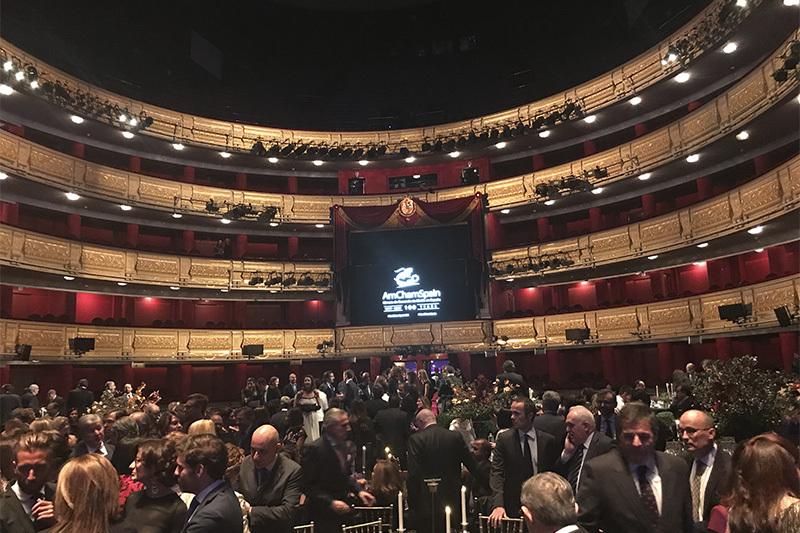 Alting attends the commemorative dinner of the Centennial of AmChamSpain

On Wednesday, 15 November, Eduardo Marcos, President of Alting Real Estate Group, and Javier Marcos, General Deputy Director, attended as guest members the gala dinner for the Centennial of AmChamSpain held in the Royal Theater of Madrid.

The exclusive event was attended by important personalities of the public and business sectors of the country. The presence of H.M. King Felipe VI, was highlighted, who encouraged the companies of Spain and the USA to collaborate and explore new markets together.

The American Chamber of Commerce in Spain, AmChamSpain, is a private, apolitical and non-profit institution. AmChamSpain’s main aim is to work to improve the Spanish economy’s competitiveness, productivity and internationalization, attract and stimulate investment and commerce between the U.S. and Spain, and promote the exchange of science and technology between the two countries.

The gala dinner concluded with a musical performance by the British group Incognito Artists. 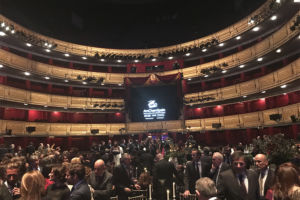